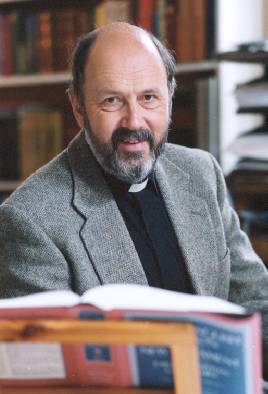 My master’s thesis, “History and the Victory of God: The Contribution of N. T. Wright to the Study of the Historical Jesus,” is finished. Over the course of the last year I’ve spent working on this, I’ve gotten to dig deeper in areas as diverse as epistemology (Lonergan, MacIntyre), hermeneutics (Thiselton, Osborne), historiography (Collingwood, Meyer, Sheppard), and the role of theological interpretation in historical investigation (Bockmuehl, Treier, Green).

While I learned a lot on the way, part of me does wish I had pursued an “original” line of inquiry as opposed to the “summary of research” model I was advised to follow. Granted, when I started this thesis, I had not even begun my NovT article, which I think could have been expanded into a master’s thesis fairly easily. Perhaps the best way to view this exercise was that it helped instill in me an appreciation for good historical method and the limits of various approaches to studying Jesus and the first century.

I’ve posted a pdf of my thesis on the “academic archives” page. Here’s the abstract:

“N. T. Wright’s Christian Origins and the Question of God series is a landmark in New Testament scholarship not only for the ambitious scope and comprehensive nature of its inquiry but also its thorough articulation of historical method. The purpose of this thesis is to summarize and evaluate N. T. Wright’s influential historical method for studying the historical Jesus. Chapter 1 introduces the need for and approach of this study, suggesting that Wright’s holistic historical method offers a means of breaking the impasse of current historical Jesus scholarship. Chapter 2 analyzes the elements of Wright’s historical method, demonstrating that Wright uses a story-based critical realism to integrate the study of history with the study of literature and theology. Chapter 3 evaluates Wright’s method, examining three major objections that critics have raised in response to the historical method presented in the first volumes of Wright’s Christian Origins series. Specifically, the issues of holism and narrativity, the relative valuation of the sources, and the role of theology will be discussed, with the goal of surfacing ways in which Wright’s historical method can be improved. Proposed improvements, summarized at the end of chapter 3, include limiting the scope of the hypothesis, proceeding from the narrative context of the data, accounting for the transmission process, and utilizing the church’s theological heritage. Yet perhaps the real significance of Wright’s laudatory, if imperfect, historical method is that it raises questions of historiography to the center of the discussion in historical Jesus studies where they belong.“

Smyrna, Georgia
View all posts by krhughes14 →
This entry was posted in Uncategorized and tagged historical Jesus, historiography, NT Wright. Bookmark the permalink.