Over the course of writing my Trinitarian Testimony of the Spirit, I have had the opportunity (pleasure? trouble?) of reading almost everything under the sun related to Justin Martyr, Irenaeus, and Tertullian. As a service to others embarking on their own research into these ante-Nicene Fathers, I’ve made a list of what I have found to be the most helpful works for each of these figures. Please note that this is NOT by any means meant to be a comprehensive bibliography; I’ve only selected works that I think would be a good place for other researchers to start from (accordingly, I’ve focused almost exclusively on English-language monographs in this and subsequent bibliographies). Happy researching! 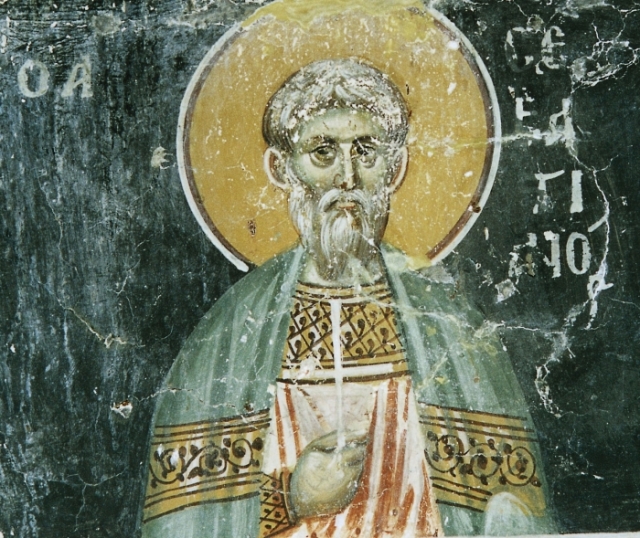 Craig D. Allert, Revelation, Truth, Canon and Interpretation: Studies in Justin Martyr’s Dialogue with Trypho (VCSup 64; Leiden: Brill, 2002). Allert covers a lot of diverse ground in this one volume; I found it most helpful in considering Justin’s indebtedness to Middle Platonism.

Judith M. Lieu, Marcion and the Making of a Heretic: God and Scripture in the Second Century (Cambridge: CUP, 2015). This helpful new book gives a lot of insight into how Justin’s polemic is constructing, and not simply objectively reporting, the views of his opponents (in the case of this study, Marcion) and his own brand of Christianity.

Eric F. Osborn, Justin Martyr (BHT 47; Tubingen: Mohr Siebeck, 1973). A little dated, but a great one-volume introduction to Justin’s life and thought; for other early introductions to Justin, consider those by Barnard (1967) and Goodenough (1923).

Sara Parvis and Paul Foster, eds. Justin Martyr and His Worlds (Minneapolis, Fortress, 2007). The collection of essays in this volume are of varying quality, but the introduction by Michael Slusser to Justin scholarship is particularly helpful for getting the lay of the land.

David Rokeah, Justin Martyr and the Jews (JCP 5; Leiden: Brill, 2002). Like Allert, this book focuses on the Dialogue with Trypho, but considers the extent of Justin’s indebtedness to rabbinic Judaism. On Justin and Judaism, see also the contributions of Boyarin (2004) and Horner (2001), though I find the latter to be much less persuasive.

Oskar Skarsaune, The Proof from Prophecy: A Study in Justin Martyr’s Proof-Text Tradition—Text-Type, Provenance, Theological Profile (NovTSup 56; Leiden: Brill, 1987). Truly worth of being called “magisterial,” Skarsaune’s impossibly thorough work is the gold standard for investigating Justin’s sources. Albl (1999) gives a nice summary of the most important points and connects Skarsaune’s work with a broader study of testimonia collections. For an earlier study on this topic, see the work of Prigent (1964).

Demetrius C. Trakatellis, The Pre-Existence of Christ in the Writings of Justin Martyr (HDR 6; Missoula: Scholars, 1976). Building to some extent upon the previous work of Kominiak (1948), I found this to be a helpful guide to understanding Justin’s reading of the Old Testament theophanies.

Smyrna, Georgia
View all posts by krhughes14 →
This entry was posted in Bibliography, Uncategorized and tagged Bibliography, Justin Martyr. Bookmark the permalink.