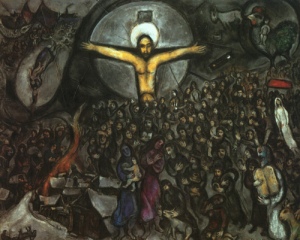 The new edition of the Nestle-Aland Greek New Testament that came out this fall features a major revision of the apparatus in the Catholic epistles as the result of intensive text-critical research on those letters in recent years. Accordingly, there are a few places that the reading of the text has changed. One of these of particular interest to me is at Jude 5.

The manuscript evidence has always been on the side of Ἰησοῦς, with support from some of the earliest and best Alexandrian witnesses, including Codex Vaticanus. But many text critics simply found this reading too difficult: how could Jude have written that Jesus acted in the early history of Israel? Reports eminent text critic Bruce Metzger, concerning the earlier decision in favor of κύριος: “a majority of the Committee was of the opinion that the reading [Ἰησοῦς] was difficult to the point of impossibility, and explained its origin in terms of transcriptional oversight,” likely because of the “strange and unparalleled mention of Jesus in a statement about the redemption out of Egypt” (Textual Commentary, 657). Metzger does, however, note 1 Cor 10:4 as a possible parallel (the rock from which the Israelites drank during the Exodus was in fact Christ).

The fact is, as 1 Cor 10:4 demonstrates, Christological exegesis is not a later, patristic development, but a very early one. After all, 1 Corinthians is one of our earliest works in the entire NT (A.D. 55?). We should not, therefore, be so surprised to see it in a later NT writing such as Jude. The NA28 is correct in making this change, and hopefully other English translations will follow. For more, see the published article by another of Dan Wallace’s students: Philipp Bartholoma, “Did Jesus Save the People out of Egypt? A Re-examination of a Textual Problem in Jude 5,” NovT 50 (2008): 143–58.

Smyrna, Georgia
View all posts by krhughes14 →
This entry was posted in New Testament and tagged christological exegesis, jude, NA28. Bookmark the permalink.