Yes, it’s German, but what is is? It’s an idea worth being familiar with because some biblical scholars believe that the study of Wirkungsgeschichte is the future of NT studies. At the least, increased attention to Wirkungsgeschichte has significant potential for the way we read and understand the Bible.

Recent conventional wisdom held that there was an “empty gap” between the world of the text and the world of today (in Bible study and preaching this is often alluded to in the phrase “bridging the gap”). The German philosopher Hans-Georg Gadamer, in his Truth and Method (1960), rejected this view and instead argued the gap is not empty but full of centuries of interpretation and history that color any attempts at interpretation today. 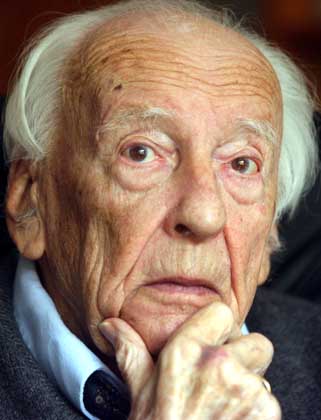 We normally stress going “behind” the text to study the cultural, historical, and linguistic background that helps us understand it. Gadamer suggests that it is just as important to go “in front” of the text to study the text’s history of interpretation and performance. This “effectual history” (Wirkungsgeschichte) of a text thus emphasizes how intervening tradition colors any attempts to interpret a text today. As Markus Bockmuehl (Seeing the Word, 65) summarizes, “The meaning of a text is in practice deeply intertwined with its own tradition of hearing and heeding, interpretation and performance.” Thus, Gadamer focused on how the historical impact of a text, its “past,” colors our reading of it in the present. Strictly speaking, the reception history of a text, its “history of interpretation” (Auslegungsgeschichte), is not strictly the same as Wirkungsgeschichte, which focuses more on the history of the influence of the text, but for convenience sake I will follow most NT scholars in including the reception history of a text as part of the text’s Wirkungsgeschichte.

This has important ramifications for NT study. Again, Bockmuehl (65): “New Testament studies on this view could find a focus in the study of the New Testament as not just a historical but also a historic document. Its place in history clearly comprises not just an original setting but a history of lived responses to the historical and eternal realities to which it testifies.” The Swiss scholar Ulrich Luz, in his commentary on Matthew (Eng. trans., Hermeneia, 2007), depicts interpreters in this model as those who are “like people who have to examine the water of a stream while they are sitting in a boat that is carried along by that very stream” (63). So much for scientific objectivity, in which the interpreter is a scientist looking at a static text under a microscope.

Studying the reception of biblical texts has value in its own right, and so-called “encyclopedias of reception” are extremely helpful for understanding how various Church Fathers understood and applied the Scriptures. Entire commentary series are being written with a focus on reception history, including the Blackwell Bible Commentaries and The Church’s Bible series. Journal articles and monographs looking at the reception of individual books of the Bible or even individual verses are proliferating. Yet, as I will detail next time, Wirkungsgeschichte, particularly that of the first two centuries of the Christian era, holds out further promise for our actual understanding of the biblical text.