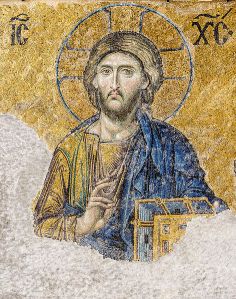 But when our unrighteousness was fulfilled, and it had been made perfectly clear that its wages–punishment and death–were to be expected, then the season arrived during which God had decided to reveal at last his goodness and power (oh, the surpassing kindness and love of God!). He did not hate us, or reject us, or bear a grudge against us; instead he was patient and forbearing; in his mercy he took upon himself our sins; he himself gave up his own Son as a ransom for us,

the holy one for the lawless,

the guiltless for the guilty,

the just for the unjust,

the immortal for the mortal.

For what else but his righteousness could have covered our sins? In whom was it possible for us, the lawless and ungodly, to be justified, except in the Son of God alone?

O the incomprehensible work of God,

that the sinfulness of many should be hidden in one righteous person, while the righteousness of one should justify many sinners!

Smyrna, Georgia
View all posts by krhughes14 →
This entry was posted in Uncategorized and tagged Diognetus, Easter. Bookmark the permalink.